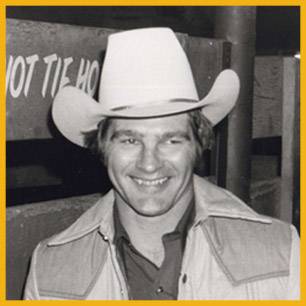 “He was just a happy-go-lucky guy in rodeo,” said his older brother, Don. “He liked to have a good time, and (rodeo) was just so easy for him. He was an ungodly natural athlete.”

Paul became an expert at the technique – called the Mayo Style – and it’s still in use today.

Paul grew up in Grinnell, Iowa, and his prowess in athletics began to shine through when he was a teenager.

“They told him he couldn’t be in high school, that nobody rode that good. (They claimed) it was a phony letter. So, they made him buy an RCA card right there. I think he was 17. He bought a card and away he went.”
Paul also won the 1968 Linderman Award. To be eligible for the Linderman Award, a cowboy must win at least $1,000 in three events, and those events must include at least one roughstock event and one timed event.

“Paul had more friends than you could count,” Don said. “I think everybody liked him. He was a heck of a cowboy and a good friend to anybody.”

A celebration of Mayo’s life will be at 11 a.m. (CT), Feb. 6 at the Cowboy Church of Erath County in Stephenville.