Joe Kelsey was riding bucking horses before he was old enough to compete, making his first trip to the pay window at 14. Kelsey went on to ride bucking horses competitively through the 1930s and 1940s, winning or placing at all the major rodeos in the Northwest. In 1949 Kelsey, born April 16, 1910, in Montana, decided to try rodeo from the other side of the fence. He purchased a stock contracting company, which he operated until ill health forced his retirement in 1985. During those years, Kelsey was successful in putting together one of the finest strings of bucking horses and bulls anywhere, and he held longtime contracts with Omak (Wash.), Coulee City (Wash.), Moses Lake (Wash.), Salinas (Calif.), Lewiston (Idaho) and Pendleton (Ore.). His stock was admired and respected by contractors, cowboys and committees and was described as honest and well matched, allowing the cowboy to win, if he could ride. That admiration led to the selection of numerous Kelsey animals for the National Finals Rodeo, including Widow Maker, Set to Velvet, Velvet Hour and Red 1. He died Feb. 10, 1986. 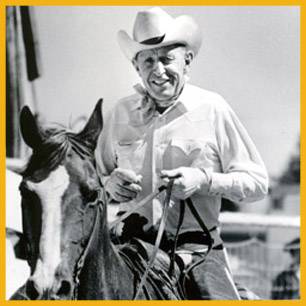