The Beutler name has been synonymous with stock contracting since 1929, when brothers Elra, Jake and Lynn Beutler began providing stock to Oklahoma and Texas rodeos. Jake and Lynn – a member of the inaugural ProRodeo Hall of Fame induction class of 1979 – kept the sibling business running in similar form, while Elra eventually teamed with son Jiggs to form the original Beutler & Son marquee. Bennie Beutler worked with his father, Jiggs, and grandfather in the family business and after his elders’ deaths in the 1980s, Bennie joined forces with E.K. Gaylord II to form Beutler & Gaylord Rodeo. That partnership endured for a dozen years, with Beutler being named PRCA Stock Contractor of the Year in 1997. In 2001, Bennie and son Rhett began a partnership that reclaimed the firm’s original name, Beutler & Son. The Elk City, Okla., firm has produced seven PRCA Bucking Stock of the Year awards, including bareback horse Copenhagen Comotion, which was honored from 1998-2000. Since 1982, Beutler has served as the assistant general manager at the Wrangler National Finals Rodeo after stints as NFR chute boss and the stock contractor representative on the NFR Committee. He served on the PRCA Board of Directors from 1989 through 2005. 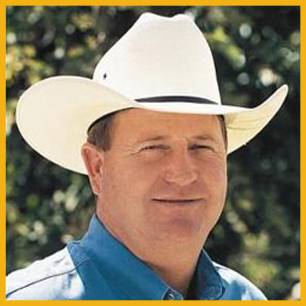 Stock Contractor of the Year