John W. Jones. Sr., born June 26, 1932, in Fresno, Calif., excelled on the PRCA’s biggest stage, winning the National Finals Rodeo’s aggregate title three consecutive years and a record four times overall. The Rookie of the Year in 1956, Jones’ world bulldogging title came in 1970. At the 1970 NFR, he placed in six rounds and left no doubt he was the best in the world, winning his fourth aggregate title by 15 seconds. Jones may have won more world championships, but he didn’t like to travel and didn’t seriously pursue gold buckles. As the first RCA Rookie of the Year, he inspired groups of promising steer wrestlers with his exceptional skill and courage. He died October 6, 2013. 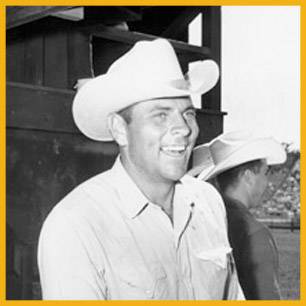