It has been said with unquestioned authority that all Ike Rude of Mangum, Okla., ever wanted to do was rope. He did it well, winning three world steer roping championships. Rude went to his first roping in 1910 and won his last world title at the age of 59, a record that still stands today. At 77, he took top honors in tie-down roping and second in team roping at Matador, Texas. Rude had a great and deserved reputation as a roping horse trainer. The best-known horse he owned and trained was Baldy, on which Troy Fort and Clyde Burk each won two tie-down roping championships. His horse, Terrapen, was famous as a steer horse. Rude died Jan. 3, 1985, at the age of 90. 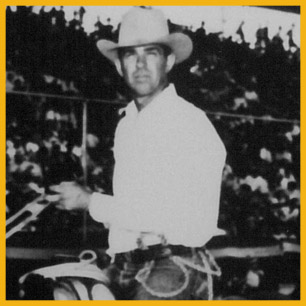