Nicknamed “The Legend” by his peers, Guy Allen of Santa Anna, Texas, won his PRCA-record 17th world title in 2003, after sewing up the championship at the National Finals Steer Roping in Amarillo, Texas.

Allen began his rodeo career at age 7, traveling with his father, James, to rodeos. By age 13, he was an accomplished steer roper. Allen joined the PRCA at 16 and filled his permit within a month. When he was just 19, Allen competed in the first of a record 27 NFSRs and brought home a world title. Born Sept. 5, 1958, in Coushatta, La., Allen also owns four NFSR aggregate titles and the fastest steer roping time of 7.9 seconds, set in Duncan, Okla., in 2000.

“To me, what is important is to live a life where I’m a good husband, a good dad, a good person, and an honest person who can help somebody. I would like to be known as one of the best steer ropers ever, but championships don’t automatically do that. I want to be known for doing my best, for really trying hard on every turn,” Allen said. 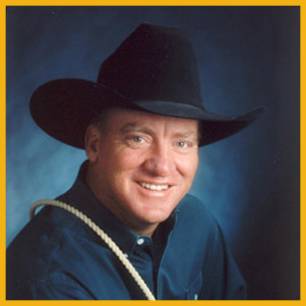