Shawn Davis, a three-time world champion saddle bronc rider, has devoted much of his life to the sport of rodeo. Davis won his first title in 1965 and then captured back-to-back titles in 1967-68. In 1969, he was leading the world standings when a bronc fell on him in Thompson Falls, Mont., breaking his back. At least one surgeon predicted Davis would never ride even a gentle horse again, but 13 months later, following intensive, self-motivated physical therapy, he was riding broncs and winning. He returned to the National Finals Rodeo in 1971. Davis has been general manager of the Wrangler National Finals Rodeo since 1986 and was a major proponent of moving the NFR from Oklahoma City, Okla., to Las Vegas. Davis has served on the PRCA Board of Directors and was the rodeo coach at the College of Southern Idaho in Twin Falls for 29 years before retiring in 2007. He was born on Dec. 7, 1940, in Butte, Mont. 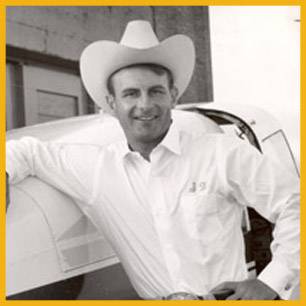