Born May 5, 1903, Pete Knight dominated saddle bronc riding more than any other contestant of his era, winning four world championships and four Canadian titles. Though born in Philadelphia, Pa., Knight grew up around Stroud, Okla., and near Crossfield, Alberta. He entered his first rodeo at 16 and took second place in the saddle bronc riding. For the next 12 years, he either ranked steadily near the top of the standings or won the championship. On May 23, 1937, at the Rowell Ranch Rodeo, in Hayward, Calif., a bronc named Duster bucked him off and stepped on him. Knight got to his feet and left the arena under his own power, but died in the ambulance en route to the hospital. His liver was impaled on a broken rib. 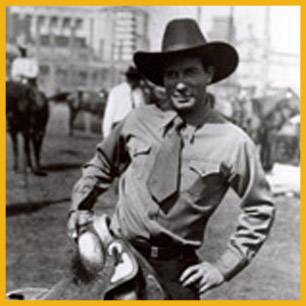