Considered by many to be the greatest Canadian rodeo cowboy of all time, Kenny McLean, an Okanagan Indian from British Columbia, had a career distinguished by its volume, versatility and singular consistency. The PRCA Rookie of the Year in 1961, McLean won the saddle bronc riding world championship a year later and went on to qualify for the National Finals Rodeo a total of nine times (1961-65, 1967-69, 1971).

As a mark of his consistency, he never missed winning an average check at the NFR in an era when the payouts only went six deep. He won the saddle bronc riding average title three times (1964, 1968 and 1971), finished second once, fourth twice and sixth three times.

In 77 rides at the NFR, he was bucked off only five times.

That sort of versatility twice won him the Linderman Award (1967, 1969), given annually to the cowboy who displays the highest level of excellence at both ends of the arena.

McLean never lost his love of the sport and never stopped competing. He was on his team roping horse waiting to compete at a senior rodeo in Taber, Alberta, in 2002 when he suffered a fatal heart attack. 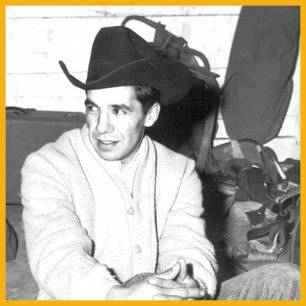