A five-event cowboy in his youth, Kansan John McBeth eventually focused on saddle bronc riding and became one of the dominant riders of his generation, qualifying for the National Finals Rodeo 11 times, including 10 years in succession (1965-74, 1978). In his world championship season of 1974, McBeth took the lead on March 15, was assured of the title before the NFR, and then finished second in the average at Oklahoma City to break the event’s single-season earnings record by more than $10,000. McBeth patterned his riding after 1961 World Champion Winston Bruce. He rode with a longer-than-average bronc rein, “believing I could win on any horse I happened to draw.” McBeth served as Prairie Circuit Manager for 10 years (1975-85) while still a competitor and won the year-end Prairie Circuit championship six times (1975-78, 1984-85). The second-generation PRCA cowboy – his father Harold was an RCA steer wrestler and tie-down roper – also worked as a judge at the National Finals Rodeo, College National Finals Rodeo and National High School Finals Rodeo. McBeth operated rodeo schools for many years after his career ended and his was the first to obtain liability and medical insurance for its participants. His students included World Champions Bill Etbauer, Robert Etbauer and Tom Reeves. 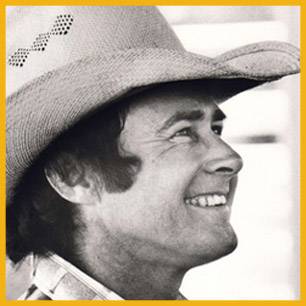