Brad Gjermundson’s ability quickly became obvious. He was named PRCA saddle bronc riding Rookie of the Year in 1980. The next year he won the world championship and never looked back. “After I won my first world championship, I continued to set that as my goal every year,” said Gjermundson, who was born March 25, 1959, in Richardson, N.D. He qualified for the NFR eight straight years during the 1980s. Then, in 1994, after a five-year absence, he went back to the premier event and pocketed $81,000, the second highest total ever won by a cowboy in a single event at the NFR up to that time. Gjermundson thinks his quiet demeanor may have fooled peers into believing he lacked competitive fire. His record tells a different story. “I’m going to go for a win every time I nod my head at every rodeo I enter. So far, I guess I’m doing all right,” he said. 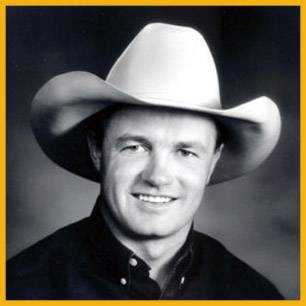