Bill Smith, born July 28, 1941, in Red Lodge, Mont., is one of a few men with the distinction of winning three saddle bronc riding titles, doing so in 1969, 1971 and 1973. A professional horse breaker in his youth, Smith started his professional career at age 20. Ranked consistently among the world’s best bronc riders, he went to the National Finals Rodeo in 1965. For the next 13 years, he failed to make the NFR only once and that was because of an injury. A steady taciturn man, Smith is universally respected in professional rodeo and bears the affectionate nickname, “Cody,” after his adopted hometown in Wyoming. He has served as saddle bronc director on the association’s Board of Directors. 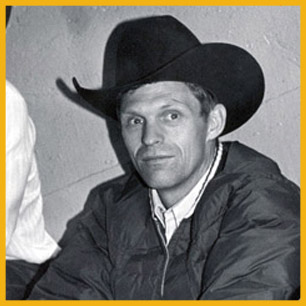