As Executive Director and Chief Executive Officer of the San Antonio Stock Show & Rodeo, Keith Martin set the bar for all rodeo committees when San Antonio became the first $1 million regular-season rodeo in 2007. At the same time, he was pushing ProRodeo toward a financially-secure future in his role as interim CEO and PRCA Commissioner.

Martin started with the San Antonio Stock Show & Rodeo as a volunteer in 1969, joined the executive committee in 1984 and became President in 1989, igniting a period of unprecedented growth and success. San Antonio was voted the PRCA’s Large Indoor Rodeo Committee of the Year six consecutive years (2005-10) at the time of Martin’s induction as was able to raise nearly $9 million a year in scholarship awards for the youth of Texas.

In his time on the PRCA Board of Directors and as interim commissioner in 2007-08, Martin assisted the PRCA staff in developing a budgeting system, worked to develop communication opportunities among the association’s membership and was instrumental in the creation of the All American ProRodeo Series to benefit the majority of PRCA members. 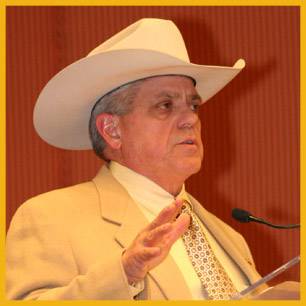