For nearly three decades, Homer Holcomb of Addy, Wash., was known as a world champion rodeo clown and bullfighter. He broke into rodeo in 1932 in Bozeman, Mont., in a show produced by John Ringling of Ringling Bros. and Barnum & Bailey Circus fame. He won the world all-around cowboy championship in 1923 in Calgary, Alberta, but gave up bull riding for bullfighting. With his trained mules, Orphan Annie and later Mae West, he developed some of the most imitated clown-animal acts in rodeo. He also appeared in several Western movies with such stars as Hopalong Cassidy, Gene Autry and Richard Dix. For his bullfighting efforts, bull riders at the 1936 Ogden (Utah) Pioneer Days rodeo presented him with a trophy, proclaiming him the best clown/bullfighter in the world. At two rodeos in 1940-41, the bull riders again presented Holcomb a trophy, naming him the world champion rodeo clown. Holcomb died in 1971. 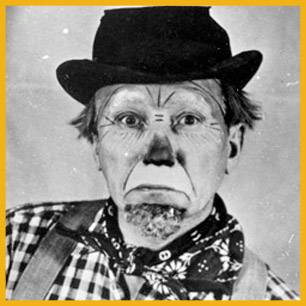