Lane Frost was as well-known for his friendly smile and magnetic personality as for his bull riding excellence. Frost credited his father, Clyde, and his friend and mentor, the late Freckles Brown, with teaching him to ride bulls and encouraging him to be a champion. Frost’s bull riding abilities were amazing. In addition to the 1987 world championship, Frost won the 1986 National Finals Rodeo aggregate title, circuit championships and many of the PRCA’s biggest rodeos. Frost, born Oct. 12, 1963, in La Junta, Colo., paired with the 1987 PRCA Bucking Bull of the Year, Red Rock, who was previously unridden in 309 attempts, for a seven-ride match. Frost emerged the winner, 4-3. After an 85-point ride at 1989 Cheyenne (Wyo.) Frontier Days, Frost was hit in the back by the bull’s horns and died (July 30) of internal injuries caused by broken ribs. 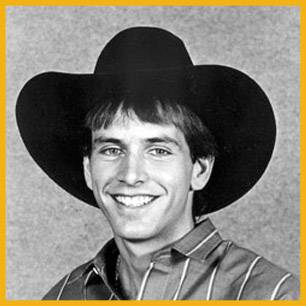