Leading Ken Lensegrav by a mere $1,596 entering the NFR, Herman tied for second place in the average standings, bouncing back from that scary mid-rodeo incident on the Las Vegas dirt to place second in Round 8, win Round 9 and hold off the field in dramatic fashion to finish the year with a career-best $122,949.

A year before breaking through to win the gold buckle, Herman won the NFR average and finished second to Clint Corey, just $1,050 shy of the title. 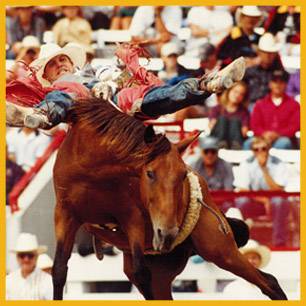