Winner of 10 world championships in nine years, Everett Bowman’s dynamic leadership made him one of the great rodeo contributors to the advancement of professional rodeo. Bowman, born July 12, 1899, in Hope, N.M., won his titles during a career that spanned more than 20 years. Bowman won all-around championships in 1935 and 1937; tie-down roping championships in 1929, 1935 and 1937; world steer wrestling championships in 1930, 1933, 1935 and 1938; and the world steer roping champion in 1937. When the Cowboys’ Turtle Association was founded in 1936, he was elected president, an office he held until reorganization of the CTA to the Rodeo Cowboys Association in 1945. Most of the fundamental changes in rodeo that are now the bedrock of the sport came about under Bowman’s leadership: adding entry fees to prize money, fair and impartial judging, codified rules and regulations, humane treatment of livestock and minimum standards for approval as a professional rodeo. Bowman died in 1971 in a plane crash in Arizona. 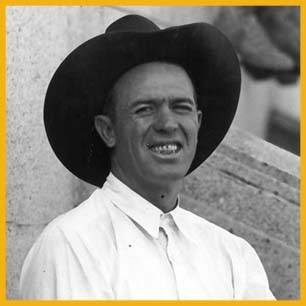