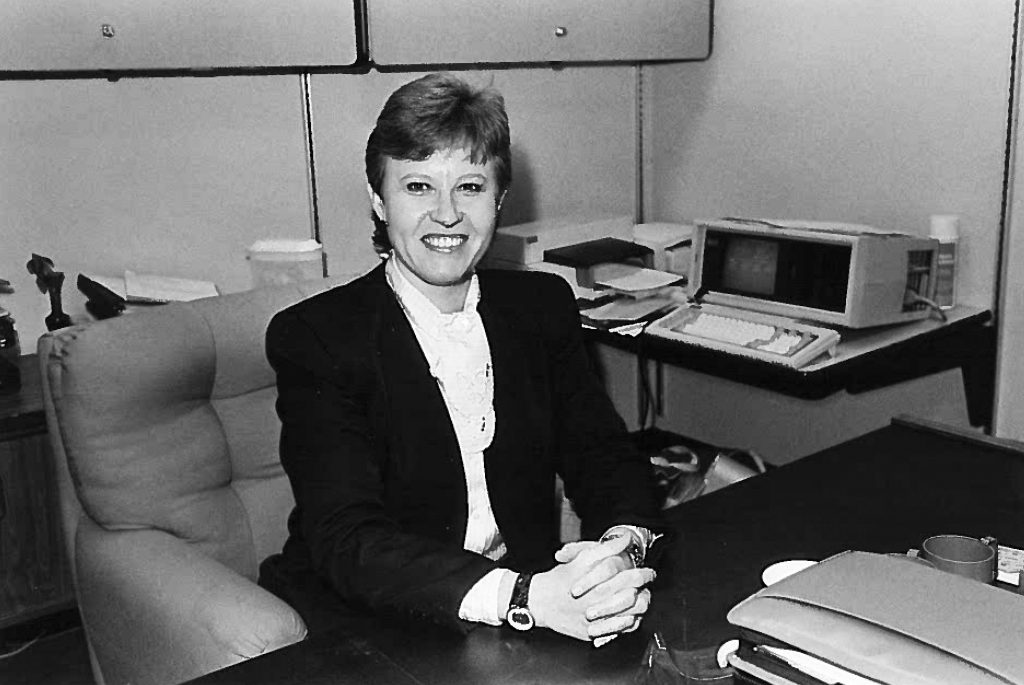 Kay joined the staff of the PRCA in 1977 in Denver as a member of the rule infractions staff. When she walked in the door on her first day, the PRCA was six-months behind in collecting fines. Kay quickly went to work to bring the organization current. In 1981, Kay approached the board of directors to reorganize the handling of rule infractions. At this time the fines were all handled by staff members using file folders and a single sheet of paper, hand written for each infraction. Kay convinced the board to purchase the organizations very first computers which was also needed due to the development of what is now known as ProCom.

Kay was promoted to office manager in the early eighties and because of her experience and organizational skills, she could advise the board of the benefits of tying together the various parts of the office to improve efficiency. Kay also took the reins of rodeo secretary instruction in an effort to direct all secretaries to have a standard method of processing a rodeo.

After an error in awarding the world title in the saddle bronc riding at the NFR, Ken Stemler suggested Kay oversee the writing of a computer program that would handle the NFR. She did just that and for several years Kay ran the only computer at the NFR from a table near the calf roping chutes in Thomas and Mack Center. At that time, they would run several hundred feet of cable to a monitor the announcers could see and that became the first “on the spot and up to date information” fed to the NFR announcers.

In 1986, Kay became the first the secretary to T.J. Walter, Director of Rodeo Administration. Not long after that, due to her expertise, knowledge and efficiency, she was promoted to the Assistant Director of Rodeo Administration, reporting to T.J. She worked closely with all secretaries and member records department to get results reported quicker so that rodeos could be audited and processed more efficiently so that standings were updated, and all deadlines could be met.

Kay was an advocate for all PRCA secretaries. She pushed for the secretaries to receive a stipend for each rodeo they worked. Kay was responsible for the very first computer program written for the secretaries to use in the field. With her vast knowledge of the rulebook and the workings in the PRCA office and her experience as a rodeo secretary herself, there was no one more capable of guiding the IT staff in the creation of the first computer systems used by the PRCA. 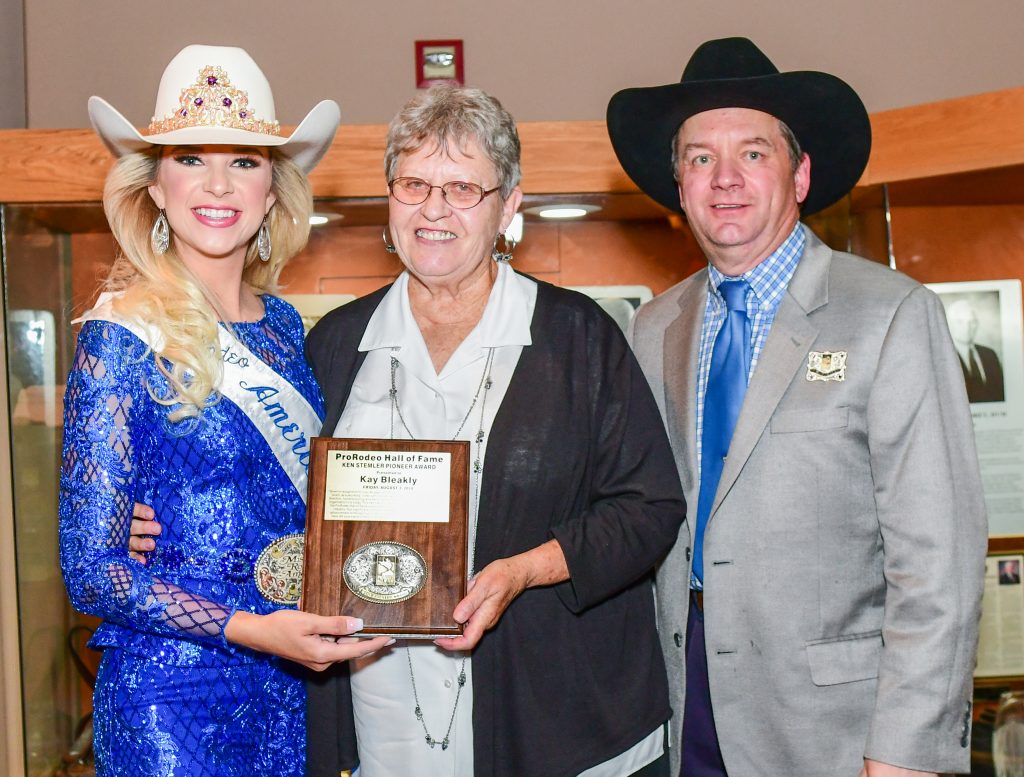 Kay was very instrumental in the development of the Rodeopay program. She recognized that every contestant was affected by the data from the rodeo secretary system once transmitted to the office. She had the interests of the members first and foremost in her mind. She realized that by implementing this system, the members could receive their earnings quickly and more efficiently. And it made work much easier for her beloved secretaries.

During her years at the PRCA, Kay was very valuable to the board of directors because she could look at a rule proposal and work out the logistics of the rule and whether it could work at a rodeo.

Kay is a huge supporter of the ProRodeo Hall of Fame and Museum of the American Cowboy. There may be no one closer to the organization that truly loves this museum more than Kay.

When Kay retired in 2014, she was currently serving as the COO of the PRCA.