Jerold Camarillo, along with older brother Leo, revolutionized team roping while qualifying for the National Finals Rodeo 17 times (1968-83, 1985-86) and establishing himself as one of the elite heelers of his generation.

Apart from winning the team roping world championship in 1969 at the tender age of 22 – the first member of his accomplished family to earn a gold buckle – Jerold finished in the top three in the world standings five times and he was the reserve world champion in 1977 after finishing the regular season in first place.

Camarillo won the average at the 1975 National Finals Rodeo in Oklahoma City, Okla., and the California Rodeo Salinas titles in 1969 and 1973.

The Camarillo brothers learned to rope from their father, Ralph, a champion roper in California rodeos before he turned to raising stock.

When the boys were youngsters, their father required that the pair spend an hour each day practicing with their ropes.

One of the first targets was a pop bottle, brought into the living room if the weather outside was cold. From the bottle, they graduated to roping chickens and finally calves. 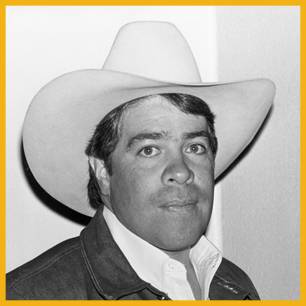