Rich Skelton bought his PRCA card in 1986 and at the time of his induction, he was still competing. He made his first National Finals Rodeo appearance in 1990 heeling for Tee Woolman. When Woolman decided to slow down in late 1997, Skelton joined with header Speed Williams. The duo went on to break or tie all team roping records in their nine-year partnership.

“This is cool, and I don’t know when this will sink in,” said Skelton. “I wanted to make the NFR and I wanted to win the world, and then things just kept going our way. When you look back at it, we had good horses, and everything was set up at that time and that’s all we thought about and that’s all we did was rope. To me, we had so much success because Speed changed to heading and started roping fast and I just tried to be consistent.” 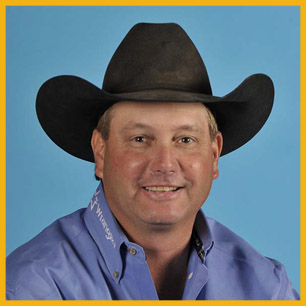