Arnold Felts was just the second man in history to qualify for the National Finals Steer Roping 20 times and broke through to win the world championship in 1981, beating fellow ProRodeo Hall of Famer Guy Allen by nearly $5,000 to capture the gold buckle.

Felts won that 1981 world championship riding his big black gelding John Henry, closing out the season by winning Round 4 outright and splitting the win in Round 1 on the way to finishing second in the average at the NFSR in Laramie, Wyo.

Felts set the record for most consecutive rounds won at a National Finals (six) by capturing rounds 3-8 of the 1993 Clem McSpadden National Finals Steer Roping. Additionally, Felts was the NFSR average champion in 1992 and 1994-95. 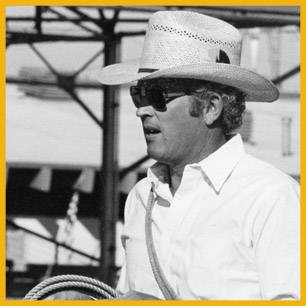