In 1980, Larry Peabody was about to retire from professional rodeo after two rough seasons when a $1,000 refund check from the IRS arrived in the mail. He decided to rodeo until the funds ran out. Shortly after receiving the check, Peabody won the Pikes Peak or Bust Rodeo and hit a hot streak. He never looked back.

That same year he qualified for his first National Finals Rodeo. At that NFR, Peabody set a high score record on Growney Brothers’ Dreamboat Annie with an 89. The score stood until it was broken by Billy Laye riding Beutler Brothers and Cervi’s Brown Bomber in 1995.

After his championship run, Peabody gradually retired from rodeo to run a cattle ranch in Montana. 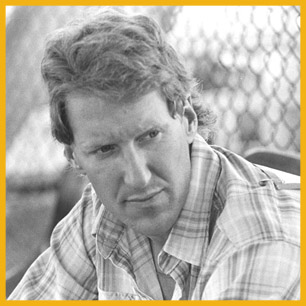