Linderman was a great all-around cowboy, like his older brother, Bill, who was inducted into the ProRodeo Hall of Fame in the inaugural class of 1979.

Bud was known for his incredible toughness, and he displayed that grit throughout his career. He suffered a broken neck after being thrown from a saddle bronc horse in 1957 in Houston, yet still somehow walked out of the arena. A cowboy in attendance that day said, “Bud bucked off, got to his feet and walked out of the arena. Then, a few minutes later, he was strapped to a board in the ambulance.”

Linderman died at the age of 39 due to a lung hemorrhage brought on by pneumonia. 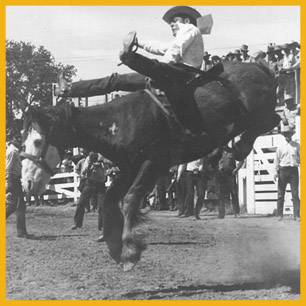