Team roper John Miller was no stranger to rodeo and proved himself by winning two consecutive team roping titles in the early 1970s. The nephew of Ben Johnson, world champion team roper in 1953, and great-nephew of Ben Johnson, Sr., famous early-day roper, Miller took to roping as a youngster. Born Oct. 16, 1942, in McAllen, Texas, he was an outstanding horseman. Besides the world titles, he also won the National Finals Rodeo team roping aggregate in 1973, partnered with Ace Berry. Miller finished runner-up in the steer roping championship standings in 1972-73. 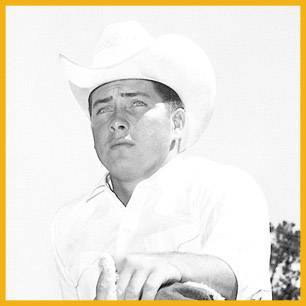