Although he earned his first paycheck in ProRodeo riding bulls, Asbury Schell retired from bull riding after that first event and switched to the roping events. Despite standing just 5-feet, 7 inches, the Arizona native left a major mark on team roping. Schell, who earned three world titles in team roping, is credited with influencing the move to heel from the right side rather than from the left, which was the standard at the time. Born in 1903 in Gisela, Ariz., Schell competed in tie-down roping, team roping and steer roping. In tie-down roping, he was known for his original style of flanking and tying standing up. He had three of the finest roping horses, Driftwood and his sons, Cowboy, and Cherokee Jake, Cowboy’s half-brother. One of his proudest moments was winning team roping with partner John Rose at California Rodeo Salinas and pocketing $3,400, an unheard single rodeo total at that time. The secret to Schell’s success, according to RCA President Dale Smith, was that he “stayed horseback, had the best partners of his day and never claimed to be a good loser.” Schell died of a heart attack on Sept. 24, 1980, in Cottonwood, Ariz. 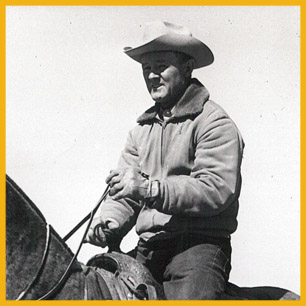