Verne Elliott started his rodeo career as a contestant. The Platteville, Colo., native competed in his first rodeo at the 1907 Cheyenne (Wyo.) Frontier Days, doing so in both the timed and roughstock events. A 1910 injury forced his retirement from competition, and he turned to the stock contracting business. After World War I, he partnered with Ed McCarty of Chugwater, Wyo., to contract livestock and produce rodeos, including the first indoor production in Fort Worth, Texas, in 1917. In Fort Worth, Elliott built the first bucking chutes ever used in competition. The Elliott-McCarty Company owned the famous broncs and ProRodeo Hall of Fame inductees Midnight and Five Minutes to Midnight. The company produced the National Western Stock Show in 1931 and continued until Elliott’s death in 1962 at the age of 81. In addition to the large Western rodeos, the company took its production to New York in 1922 and to London in 1924 and 1934. 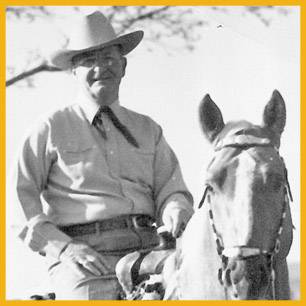