Reg Kesler was known for almost half a century as a top-notch stock contractor and rodeo producer. Over the years a large number of his animals were chosen as top bucking stock at the National Finals Rodeo, the Canadian Finals and the Montana Circuit Finals. He went into stock contracting because he felt the country was being depleted of the stock needed for rodeos. Many of his top stock came from his extensive breeding program, utilizing five lines of famous bucking horses. Born in 1919, Kesler began his rodeo career in the 1940s as a Canadian contestant. He competed in saddle bronc, bareback riding, bull riding, tie-down roping, steer wrestling and team roping, winning Canadian Rodeo Cowboys Association all-around titles in 1948, 1951 and 1953. Even before his career as a rodeo competitor was over, he had turned to the production side of the sport, producing rodeos as early as 1950. Kesler’s involvement in all aspects of the rodeo world won him the 1975 Canadian Rodeo Cowboys Association’s Dyson Rivett Memorial Award for outstanding contributions to the sport. As a contestant, stock contractor and association board member on both sides of the border, Kesler felt he had the opportunity to present and help maintain the Western way of life. He died May 16, 2001. 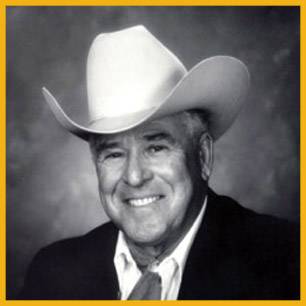