Mike Cervi, the largest rodeo producer in the country, was always a deal-maker and entrepreneur. As an elementary schoolboy, he sold flavored toothpicks and Christmas trees, hauled ashes and rode racehorses. Born Sept. 9, 1936, in Denver, Cervi became fascinated by rodeo clowns and, by 14, had a trained mule act at Little Britches and junior rodeos. In 1958 the Cervi family acquired the family ranch near Sterling, Colo., and Cervi became foreman. By 1964, he was buying cattle, including a herd from Oregon, which was reported to be the biggest livestock sale ever in Colorado. He was also producing rodeos. In 1957 he purchased the Beutler Brothers Rodeo Company, now known as Beutler Brothers and Cervi Rodeo Company, and in 1974 bought the Billy Minick Rodeo Company, now known as Cervi Championship Rodeo Company. For the past three decades, Cervi, two-time PRCA Stock Contractor of the Year (1983, 2001), has produced many of the country’s biggest rodeos, including RodeoHouston, the National Western Stock Show & Rodeo in Denver and the San Antonio Stock Show & Rodeo. Cervi annually takes many of his animals to the Wrangler NFR. 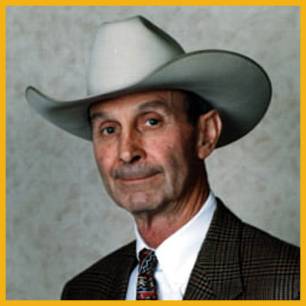 PRCA Stock Contractor of the Year