Marvin Brookman earned a reputation with friends, family and roughstock contestants as an honest gentleman in every sense of the word. Brookman started his career by culling the buckers from his father’s 500 head of horses. He developed a string of 150 head, and has since specialized in the bucking-stock side of rodeo.

Born on the Redwater River in Poplar, Mont., in 1913, Brookman has set a standard to which few men will equal. The list of stock Brookman has provided to the Wrangler National Finals Rodeo since its inception in 1959 is long and distinguished. In fact, as of 2005 his outfit missed only one NFR due to a truck accident.

Brookman’s mare, Powder Face, performed at the Wranglers NFR 10 times, traveled to numerous PRCA rodeos and took part in a New York Presidential Rodeo. Brookman has been instrumental in growing the historic Wolf Point Wild Horse Stampede in Montana to its present grandeur, and residents of the Wolf Point area couldn’t be more proud of their native son. The town renamed its rodeo stadium after him in 1992, and chose him as its grand marshal for the 75th Diamond Anniversary of the Wild Horse Stampede. In 1987, Poplar’s Assiniboine Tribe honored Brookman with its highest award when he was named “Rider of the Horse” and made an honorary member of the tribe. 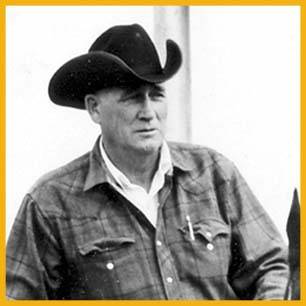