Hell’s Angel, Kickapoo, Chief Tyhee, Home Brew, Conclusion, Harry Tracy, Hell-to-Set, Broken Bones and Reckless Red – all of those bronco greats were part of the bucking stock of World Championship Rodeo Company in the 1940’s. It’s managing director and part-owner was Everett Colborn. He got his first taste of stock contracting at the Henry, Idaho Stampede in 1923. By 1939 he and his partner, J.C. “Doc” Sorenson, were leasing part of their bucking string to Colonel W.T. Johnson of Madison Square Garden and Boston Garden rodeo fame. Eventually, Colborn and six others bought out Johnson to form the World Championship Rodeo Company in Dublin, Texas. The group was joined in 1940 by motion picture cowboy star Gene Autry who brought with him his own rodeo string from Ardmore, Oklahoma. Later, when Autry acquired the company in its entirety and moved it to Fowler, Colorado, Colborn was retained and continued to serve as the company’s director until his retirement in 1960. 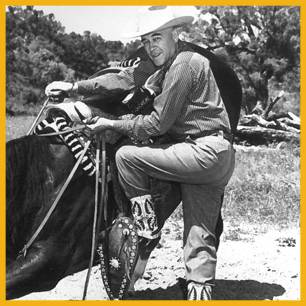