Although his birth certificate says Scott Berry, everyone in rodeo knows him as Ote, thanks to his sister who gave him his nickname as a toddler. She thought that her brother walked like a television comic character named Otis, which was shortened to Ote. Berry, born Sept. 9, 1962, in Rapid City, S.D., has been involved in rodeo almost as long as he has had the name Ote. He started his career trying to ride bareback horses, but after a couple of injuries at the age of 13, he decided steer wrestling was more his event. His first in a long string of championships came in 1980 when he won the National High School Rodeo Association’s steer wrestling title. In 1982, Berry joined the PRCA hoping to make enough money to stay out of the hay fields. Most would agree he got his wish. Berry won his first world title at his first National Finals Rodeo in 1985. He returned to win three more bulldogging crowns in 1990-91 and 1995. When he won his last title in 1995, he became only the third cowboy in professional rodeo history to claim four or more world steer wrestling titles. Referred to as a “quiet champion,” Berry lives by the creed: “If you win, then walk over and pick up your money. If you lose, then walk over and congratulate the man who won.” 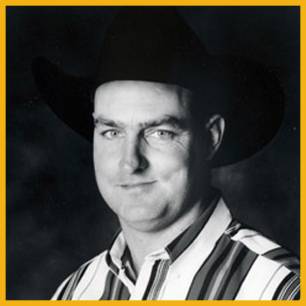