Homer Pettigrew holds the steer wrestling record for both total and consecutive world titles at six and four, respectively. He won his six within eight years, and in 1947 and 1949-50, he was second in the world, which made him the dominant steer wrestler for a decade. Pettigrew, born Dec. 25, 1915, in Grady, N.M., also competed successfully as a tie-down roper. In 1949, he was the reserve world champion in tie-down roping. His combination of skills kept him among the top 10 cowboys from 1948-50. In response to a 1960 ProRodeo Sports News questionnaire about his retirement from rodeo, Pettigrew’s reply was short and to the point, “Haven’t quit. Just resting.”  He died July 12, 1997. 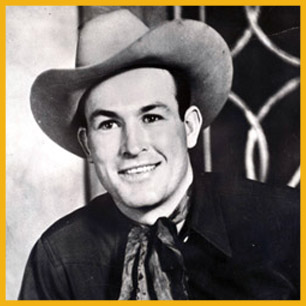