C.R. Boucher may not have competed in rodeo growing up, but he certainly made up for it with a career spanning more than three decades. He was one of the most versatile cowboys in ProRodeo history. Contestant, chute boss, pickup man and board member are just a few of the job titles held by Boucher, born May 21, 1931, in Livingston, Mont., during his remarkable rodeo career. As a bulldogger, he won the 1964 world championship in dramatic fashion over John W. Jones Sr. Before that, he claimed the 1961 National Finals Rodeo steer wrestling aggregate championship, finishing second that year in the world standings. Boucher worked 27 years as a pickup man for stock contractor Elra Beutler and the Beutler family. Boucher’s many talents allowed him to compete or work the National Finals Rodeo in every NFR city – Dallas, Los Angeles, Oklahoma City and Las Vegas. Outside of the arena, he served as the steer wrestling contestant director, vice president of the RCA and member of the NFR committee. 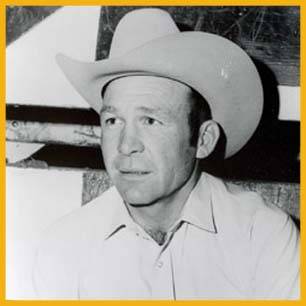