A natural life-hander, Shaun Burchett was taught to rope right-handed by his father, Randy, “because steer roping is not a left-handed world,” and he adapted so well that he would prove to be one of the most talented young steer ropers the sport has ever seen. Burchett was the PRCA Rookie of the Year in 1981 at 17 years old and made his first National Finals Steer Roping appearance just two years later. With his prized horse Rifle, Burchett was twice Reserve World Champion (1985-86) to ProRodeo Hall of Famer Jim Davis before breaking through to win back-to-back world championships (1987-88) over Davis. Burchett appeared in nine consecutive NFSRs (1983-91), the last three of these after losing his spleen and suffering damage to a kidney in May 1989 when his car collided with a train near Amarillo, Texas. Burchett, of Pryor, Okla., broke the NFSR record with a 9.8-second run in 1990 and was the first steer roper ever to post a time under 9.0 seconds. He did it twice in 1987, setting the world record with a time of 8.5 seconds in Fredonia, Kan. He died in a single-car accident hear Sherman, Texas, in January 1992 at age 28. 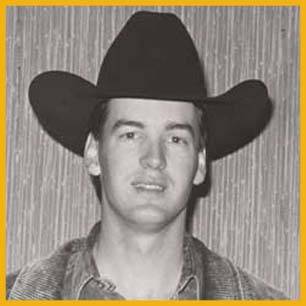