Robert Etbauer was the first of the legendary Etbauer brothers to venture out from their home in rural South Dakota and establish himself as a champion on the rodeo road – the eldest brother who took the lead. He was the PRCA Saddle Bronc Riding Rookie of the Year in 1985 and won back-to-back world championships in 1990-91.

A dozen times he qualified for the National Finals Rodeo (1988-92, 1994-2000), and he competed at such a high level that 11 of those times he finished among the world top 10 and was seven times in the top five. In addition to those two gold buckle years, he was reserve world champion in 1992 to his brother, Billy Etbauer.

The three brothers, Robert, Billy and Dan, along with their friend Craig Latham – often referred to as “the fourth Etbauer” – dominated the event through the 1990s. Over an 11-year span, Robert and Billy accounted for seven world championships.

They traveled together, pooled their resources and thought of themselves as a team. They performed as a team in much the same way that the 1950s Yankees or 1960s Packers did. Together they accounted for 52 NFR qualifications, including 10 for Dan Etbauer and nine for Latham.

The Etbauers are the only set of three brothers to qualify for the NFR in the same roughstock event in the same year – and they did it eight times. 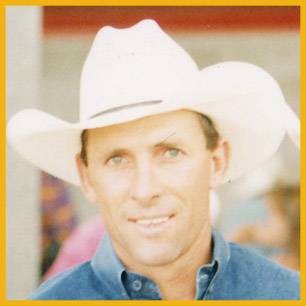