Mel Hyland of Edmonton, Alberta, grew up with his own arena and practice bucking horses. There could be no other career choice but rodeo, and in 1966, he joined the pros. It took him just one year to qualify for the National Finals Rodeo, and by the time he was done, he had reached rodeo’s ultimate event 11 times, winning world saddle bronc riding titles in 1972 and 1976. Hyland was the first cowboy to win the Canadian and PRCA saddle bronc riding championships in the same year, doing so in 1972. His Canadian titles came in 1967, 1972, 1979 and 1982 in saddle bronc riding and 1974-75 as a bareback rider. He also served on the CPRA board of directors in 1974-75. Hyland considered his ride on Reckless Red at the 1967 Cheyenne (Wyo.) Frontier Days to be the best of his career. Others consider it to be the standard of what a truly classic ride is. Videos of the ride are mandatory in some college rodeo classes today. Known by his rodeo contemporaries as “Big Bull,” Hyland is remembered for his riding ability, classy stand and professional attitude. 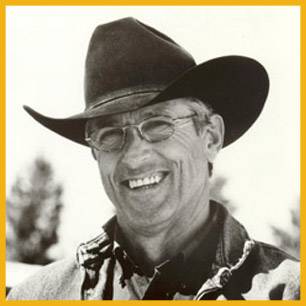