Coaching from Bill Smith, Mel Hyland and later from his brother-in-law 1977 World Saddle Bronc champion J.C. Bonine got Bud Munroe off on the fast track to a career in rodeo. It was talent and hard work that turned him into one of the most respected saddle bronc riders of his era.

The Billings, Mont., cowboy earned a spot in the National Finals Rodeo 12 consecutive years (1977-88), with eight finishes among the top five in the world. He was second in the World Championship standings in 1978 and 1980, before breaking through to claim the gold buckle over fellow Hall of Fame inductee Clint Johnson in 1986 becoming the first saddle bronc rider to earn $100,000 in a single season along the way.

Devoted to the development of his sport, Munroe has served as PRCA saddle bronc director (1980-81), on the PRCA Grievance Committee (2003-07) and on the PRCA Properties Board for nearly 20 years. He is also a long-time committeeman of the Heart O’Texas Rodeo in Waco. His wife, Jimmie, is a former world champion barrel racer who served as president of the WPRA for 13 years and was the first chairwoman of Professional Women’s Barrel Racing (PWBR), a subsidiary of the PRCA.

A native of Lewistown, Mont., Munroe was earlier inducted into the Montana Pro Rodeo Hall and Wall of Fame, Texas Cowboy Hall of Fame and the Montana State University Athletic Hall of Fame. 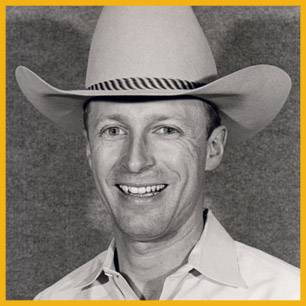