Dan Mortensen was born December 16, 1968 in Billings, Montana. His six saddle bronc riding world championships (1993-95, 1997-98 and 2003) tied the legendary Casey Tibbs for the event record. He also won the all-around world championship in 1997, edging fellow Hall of Fame inductee Joe Beaver. Mortensen qualified for the National Finals Rodeo 16 times, the first in 1990 when he was the PRCA Rookie of the Year. The only NFR he missed in his 17 full seasons as a PRCA member was in 2004 when he broke his ankle late in the season while leading the world standings. During his final world championship season of 2003, Mortensen became the first roughstock cowboy in PRCA history to surpass $2 million in career earnings; he finished his career with $2,555,716. Mortensen won virtually every major rodeo in North America, including multiple titles at the Cheyenne (Wyo.) Frontier Days, Pendleton (Ore.) Round-Up, Houston Livestock Show & Rodeo and the Calgary Stampede. He won the NFR average title in 1994. A 17-foot bronze statue of Mortensen is the centerpiece of the Montana Wall of Champions outside Metra Arena in Billings. Sports Illustrated named him No. 2 on the list of Montana’s greatest sports figures of the 20th century. He formally retired from the sport in November 2008. 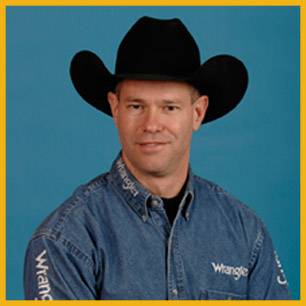