West of the Pecos Rodeo 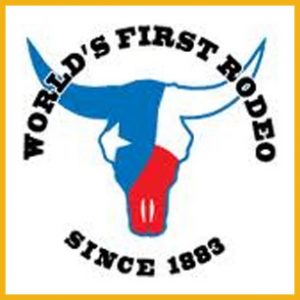 The West of the Pecos Rodeo was first staged July 4, 1883, on the streets of Pecos.

It claims the distinction of being the “first public cowboy contest wherein prizes were awarded to the winners of bronc riding and steer roping.”

It has been held each June since 1936 in the Buck Jackson Memorial Arena.

A non-sanctioned rodeo until the early 1970s, Pecos has become one of the PRCA’s top 40 prize-money rodeos.