The Snake River Stampede had its humble beginnings in 1913 as a bucking contest in conjunction with the annual Harvest Festival in Nampa, Idaho – where fans stood behind ropes to take in the action – to become one of the elite regular-season stops on the ProRodeo road in respect to committee purse and prestige.

The rodeo took on its current name in 1937 when it broke away from the Harvest Festival, changing its dates from September to July. It was sanctioned that year by the Cowboys’ Turtle Association (forerunner of the Professional Rodeo Cowboys Association), in the first year of its existence, and lights were installed on the rodeo grounds to allow the switch to nighttime performances for the first time.

President Franklin D. Roosevelt, at his home in Hyde Park, N.Y., pressed a golden telegraph key – the same one used for ceremonies to open the Panama Canal and Boulder Dam – to get that 1937 rodeo started at 8 p.m. local time.

In 1950, a state-of-the-art horseshoe-shaped stadium was built with 10,000 seats and it was replaced in 1997 with a new air-conditioned indoor facility, the Idaho Center, as the committee continued to show its absolute commitment to producing a top-level event. 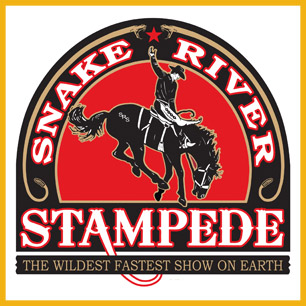