Harry Rowell, a rancher, businessman and philanthropist, brought the sport of rodeo to the athletic fields of the Burbank School in downtown Hayward, Calif., in 1921 and then moved it to his Dublin Canyon Ranch four years later, where it has been a fixture on the professional rodeo calendar ever since.

Crowned the “Rodeo King of the West” for his contributions to the sport, Rowell – part of the ProRodeo Hall of Fame’s inaugural class of 1979 – was a stock producer for 25 rodeos throughout the West, including the Grand National Rodeo in San Francisco. But it was his own home rodeo that held a special place in his heart.

Upon Rowell’s death in 1969, his wife, Maggie, kept the rodeo going with help from Art Palmer and Cecil Jones, and she had it written into her will that the Hayward Area Recreation and Park District could purchase the rodeo site as long as city officials promised that the grounds would be made available for free each year to continue the Rowell Ranch Rodeo and a junior rodeo.

In 1977, a local non-profit organization was formed in compliance with Maggie’s wishes to assure the continuation of the rodeo as a traditional historical community event, a fundraiser for local charities – and a lasting tribute to her British-born husband’s love of the West.

The rodeo begins each year with a lone rider galloping down “Harry’s Hill,” carrying the American flag into the arena. 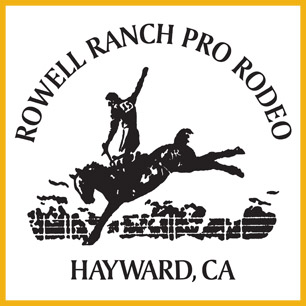