The Pikes Peak or Bust Rodeo was first staged in July 1937 by businessman, civic activist and philanthropist Spencer Penrose, in a stadium on the grounds of the Broadmoor Hotel that Penrose named for humorist Will Rogers.

It was originally known as the Will Rogers Rodeo, changing to the Pikes Peak or Bust Rodeo after just one year. The stadium was dismantled and moved to its current location in 1974.

Traditionally, the rodeo is held the second weekend of July at the Norris-Penrose Event Center, corresponding with the ProRodeo Hall of Fame induction ceremonies.

The Pikes Peak or Bust Rodeo has raised more than $5 million for military charities. It is one of the PRCA’s top 30 prize-money rodeos. 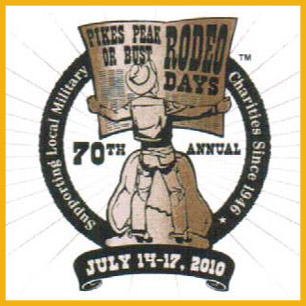