In the spring of 1914, the Clovis (Calif.) Women’s Club held a fundraiser which featured food and games. Ranchers and farmers effected a temporary arena by circling their wagons in a vacant lot for competition in mule riding and calf roping.

That was the start of a tradition that continues to this day to embrace the Western lifestyle and civic pride of the Central Valley community. The all-volunteer, not-for-profit Clovis Rodeo Association now has 700 members and works tirelessly year-round to raise money for area charities.

When it was determined, back in 1936, that a permanent rodeo grounds was needed, a group of ranching families pooled their resources and bought a property just south of downtown, donating half of the land for construction of a school.

“It was the right thing to do,” former CRA President Mark Thompson said, and that has always been the group’s guiding principle, to make things better in the community while fostering Western Heritage through producing a quality rodeo each year.

The Clovis Rodeo was selected for inclusion in the ProRodeo Hall of Fame in its centennial year, following California Rodeo Salinas as the second rodeo in the state to reach 100 years. It marked the occasion by commissioning a statue of Lane Frost riding Red Rock that stands at the entrance of the grounds. 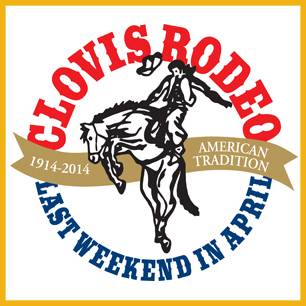