During his career, the name Billy Bob Watt signified a shrewd business manager, tough negotiator and man of his word. He was named to the Board of Directors of the Fort Worth, Texas-based Southwestern Exposition and Livestock Show and Rodeo in 1945, elected president in 1946 and assumed the dual role of president and manager in 1950. He continued as president until his death in 1977 at the age of 77. Watt was the founding president of the American Livestock Show and Rodeo Manager’s Association, which established a circuit for its major show members and generally enhanced the livestock show and rodeo industry. He is credited with the introduction of a production syndicate, utilizing a rodeo production manager responsible for gathering top quality stock to assure both cowboys and rodeo fans will be involved in the industry’s best effort. Watt’s combination of leadership and foresight have been credited with positioning the Fort Worth Stock Show as one of the leading rodeos in the industry. His thought and energy did much to improve the quality and entertainment value of the Fort Worth Stock Show in particular and all rodeos in general as they became significant sporting events. 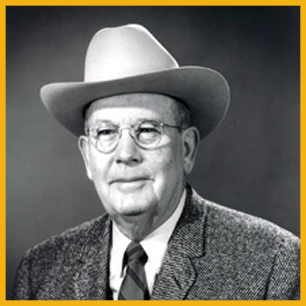