Sonny Linger has spent nearly his entire life in rodeo, from his days as a contestant in the 1940s to his four decades of effort at the Wrangler National Finals Rodeo as the chute boss and then the livestock superintendent. His great ability with animals will be his legacy. His peers credit him with knowing and handling roughstock better and easier than anyone in rodeo. From 1949-66, Linger served as chute boss and arena director for Beutler Brothers Rodeo.  The first to realize the potential of the great Beutler Brothers saddle bronc Descent, Linger kept meticulous records on the six-time PRCA horse of the year. Linger was chosen as chute boss for the first National Finals Rodeo in 1959 (a position he held until 1968) following the NFR from Dallas to Los Angeles to Oklahoma City. In 1971 Linger began his own stock contracting company, producing rodeos in Montana, Wyoming and North Dakota, as well as providing stock for the National Western Rodeo in Denver, Pendleton (Ore.) Round-Up and RodeoHouston. In 1985 he was selected as livestock superintendent for the NFR in Las Vegas. Although Linger would describe himself as just a cowboy, rodeo will remember him for his great ability with the four-legged contestants who count for 50 percent of the score. 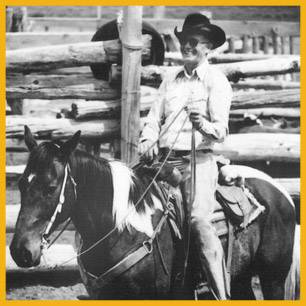