John Burke, a longtime Casper, Wyo., resident, was an integral part of ProRodeo for more than 30 years. Rather than in the rodeo arena, his efforts were behind the scenes, and his contributions were in administration and organization. He served on the board of directors for PRCA Properties and the ProRodeo Hall of Fame, as well as the Rodeo Information Commission for the RCA, the PRCA’s predecessor. With the City of Casper (Wyo.) and the PRCA, Burke sponsored the first ProTour Rodeo Finals and the Winston Tour tryouts. He also organized “The Casper Outfit” for the Winston Tour. Burke served on the committee that developed the original contract, moving the National Finals Rodeo to Las Vegas. He coordinated moving the NFR’s rodeo and production equipment from Oklahoma City to Las Vegas. Burke became the NFR’s first general manager of production in Las Vegas and served in the management of the NFR through 1991. Burke, born Feb. 27, 1918, in Long Beach, Calif., received the RCA Award of Merit in 1969 and was named PRCA Man of the Year in 1982. Burke was unable to attend his Hall of Fame induction ceremony due to a serious illness and died just 12 days later on Aug. 22, 1996. 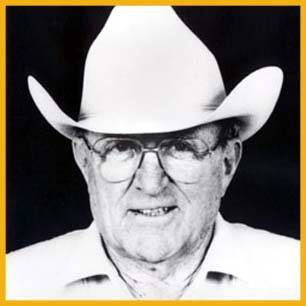