Jack Hannum was a five-time qualifier for the National Finals Rodeo and a longtime administrator with the Professional Rodeo Cowboys Association. He is largely credited with elevating the PRCA judging system to the major-league level.

Hannum made his big breakthrough as a competitor in his first full year on the road, when he won the Cheyenne (Wyo.) Frontier Days all-around title in 1977 on his way to qualifying for the National Finals Rodeo as a tie-down roper.

Hannum made it to the NFR four more times as a steer wrestler (1978-80, 1983), enjoying his best season in 1979, when he finished third in the world behind Stan Williamson and ProRodeo Hall of Famer Byron Walker.

In 1981, Jack Hannum was hired by the PRCA Board of Directors to serve as the head of rodeo administration, dealing with rodeo-sanctioning applications, rule infractions and all things related to membership.

It was the start of more than 25 years of service to the PRCA as Administrator, Circuit Coordinator and Chief of Officials.

“He gave up teaching and coaching so he could dedicate his life to rodeo and take a job at the PRCA because it meant so much to him,” Olin Hannum said. “He always wanted to influence things for the best, and make rodeo better.” 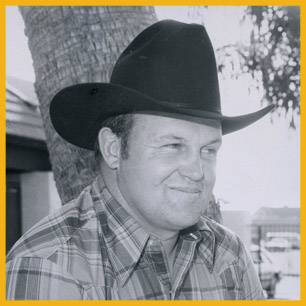