The term all-around has always taken on a different meaning when applied to Duane Howard. An all-around cowboy who competed at the highest level of ProRodeo in his youth, Howard would later serve on the PRCA Board of Directors, as a PRCA pickup man and as one of the first PRCA professional judges (1982-94), working the National Finals Rodeo 11 times. Howard of Sheyenne, N.D., competed in all three roughstock events as a professional, finishing as Reserve World Champion in bull riding three times (1955, 1957 and 1960) and also as Reserve World Champion in the all-around to Jim Shoulders in 1957. He qualified in saddle bronc riding and bull riding at the first National Finals Rodeo in 1959 and 1960 and was the bull riding average winner in 1960 before his competitive career was cut short by a severe injury suffered at Cheyenne (Wyo.) Frontier Days in 1961. 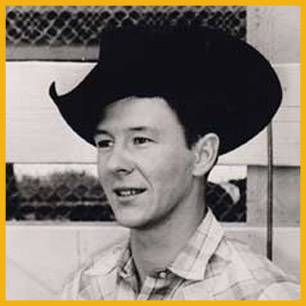