Cecil Jones, born July 2, 1917, in Menan, Idaho, began his rodeo career at 17, making a dollar a ride instead of picking potatoes. In 1938, he met Harry Rowell, marking the beginning of a lifetime relationship between the two and Jones’ lifetime commitment to rodeo, as well as his competitive start in the sport. Jones worked on Rowell’s Dublin Canyon Ranch in California and competed in rodeo. He competed in bareback riding, saddle bronc riding and bull riding at many rodeos, including the World’s Fair Rodeo in San Francisco, Madison Square Garden in New York City and the Royal Easter Show in Sydney, Australia. World War II interrupted his rodeo career, although he organized the All G.I. Rodeo in the Meiji (Japan) Olympic Stadium in 1945 during the American Occupation. After the war, he returned to the Rowell Ranch and the Rowell Saddlery. He retired from competition in 1949 to manage the businesses, serving as president of the Rowell Ranch Rodeo for more than 20 years. Jones remained active in rodeo despite retiring from competition. He was the secretary for the first National Finals Rodeo and worked coordinating the Grand National in San Francisco for 33 years. He also served two terms on the PRCA Board of Directors. Jones helped organize the California Six-Pac Rodeos and managed the Sierra Circuit for one year. 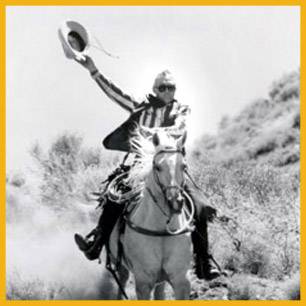