Dave Smith, who retired after 23 years as managing editor/executive sports editor of the Dallas Morning News in April 2004, helped build a nationally recognized sports section and pushed rodeo to the forefront, not only as a regional, but also a national sport.  Fans were able to find rodeo results right along with more traditional sports in the Morning News, which also featured a weekly column, extensive coverage of the Wrangler National Finals Rodeo and a mid-year report. Since 1983 SportsDay has been honored as one of the top 10 daily and Sunday sections by the Associated Press Sports Editors (APSE). Smith’s career began in 1957 when he was named sports editor of the Marine Corps Air Station’s base newspaper, the Windsock. He later served in a similar capacity at newspapers in his native Ohio (Mansfield and Ashland), Miami, Ft. Lauderdale, Boston, Washington, D.C., and Dallas. He joined the Dallas Morning News as executive sports editor of the Morning News’ SportsDay in 1981, became an assistant managing editor in 1983 and deputy managing editor in 1987. Smith was named sports director of the Belo Publishing Division in 1998. Recognized nationally as a sports journalism innovator, Smith is a founder and past president of APSE, as well as a recipient of the APSE’s prestigious Red Smith Award in 1990. He was inducted into the Texas Baseball Hall of Fame in 1992 and was recognized by the Dallas All Sports Association with its award for high professional standards and commitment to journalistic principles in 1992. 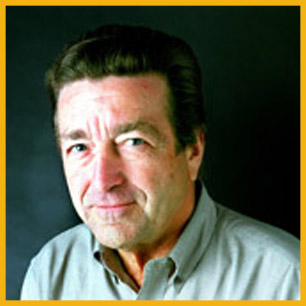